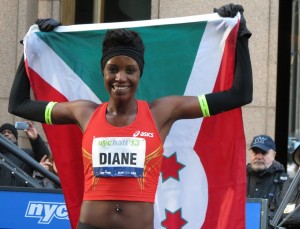 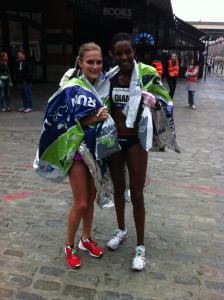 Quick news from the Big Apple: In this morning’s NYC Half-Marathon, Diane Johnson (ASICS) broke her PB and Burundi National Record by 73 seconds with 70:55 for 11th place. Freya Murray (adidas) took 12 seconds off her best half-marathon with 72:33 for 17th place, with Irvette van Blerk (adidas) right behind in 18th in 72:36. Freya and Irvette are both in the middle of peparations for their marathon debuts at next month’s Virgin London Marathon, where they will also attempt to qualify for the Olympic teams of the UK and South Africa, respectively. Diane will be in Chicago a week from today for the Shamrock Shuffle 8k.